What is the adventure about?

Location: [Setting] Brief information on the main or starting locale.
Premise: How do the characters get involved?
Story and Progress: What is expected to happen during the adventure?
> Outcome(s) > What is the end goal? Any potential other results?
Challenges: Monsters and type, traps, role-playing pitfalls, physical costs
Rewards: What can the outcomes bring to the characters?

Entire background of events leading up to the point the characters enter the picture.

What the Characters Know: Common knowledge and Uncommon [what checks are required?].

Hidden Knowledge: What is completely unknown to the players (and perhaps to the NPC’s!).

Narrative for the characters to get them into the adventure. 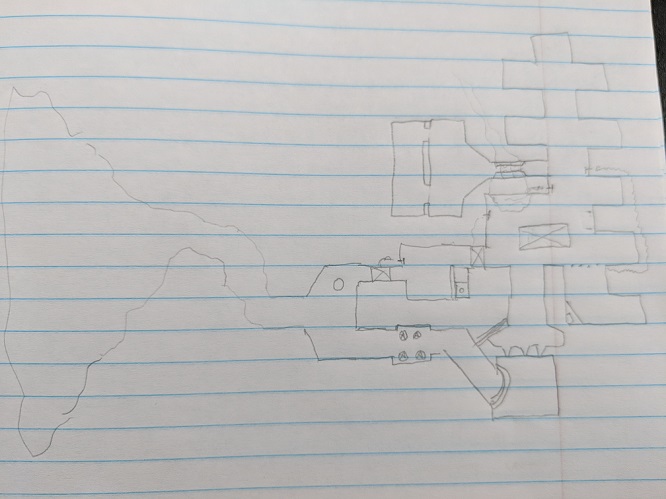 Annals of the Bear Kind

The annals detail that the company was wiped out by forces of Imperial Gwinn in 9141.
Only the baggage train was left – all young Dwarven males. The last 20 years have been enslavement and as agents of Gwinn.

All have the “Eyes of the Kraken”

What they want: The mission they have been charged with is to insert themselves into Crestwold without noticing, infiltrate local smuggling operations, position multiple groups to prevent assistance coming to the aid of Ashfall, coordinate all attacks on those who would save Ashfall.

Current situation: The brainwashed band of whats left of the Bear Kind of Thurlow are ready to go. They have spies in the town and on site at Ashfall. Anyone who succeeds beyond a single foray into the ancient place (those that return or are not scared away) are to be stopped by any means necessary. They have multiple bands standing by to lure the party to its doom. If the party has somehow managed to track the Bear Kind down, these have failed and they must make a stand.