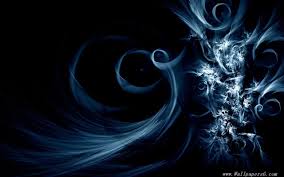 Lovigdril is the belief that the Essence of things are bound by the Void Sparks tied to the Nightmare Realms of death and a cycle in which all comes to an end (extermists take it so far as all will be consumed by The Void) and such a bond can be leveraged to move forward the natural order; Everything with Essence has Lovigdril potential. Lovigdril is the opposite side of Anima. If you practice it, bonds and attunements are a distraction.

Essence: (Lovigdralized – PLEDGED) Returns at the rate of 1/Hour.

Sanity: (Lovigdralized – PLEDGED) Returns at the rate of 1/Hour.

Lovigdril powers most closely resemble those of the Warlock. They rely on Essence, Charisma, and Sanity. There is a distinct emphasis on ceremony and ritual to enhance the powers gained, due to the alien thought processes required that inhibit them normally.

Learning: There are few formalized learning paths within the pursuit of magic in this manner… but all share one thing in common – the price of Sanity in exchange for learning and operating magical powers by way of the void. There is no path of “learning” per se; Lovigdril powers operate more on the lines of “revealed” knowledge as opposed to “learned” knowledge. There is no studying of “how to” – there is only the presentation of an authority – usually some being or entity, but most often it is only a nebulous idea. Belief in the source to “reveal” the knowledge is what must be learned, if anything. Because this knowledge is not learned as part of an education, it is not gained after understanding, nor is it integrated as part of some larger body… each revealed power is seared into the psyche of the seeker, independent of everything else – a truth unto itself. This is anathema to non-void creatures, making it extremely difficult as it goes against all things sane and understood as part of existence. Those of faith come closest to this path, but still are far from the ultimate gap of non-causality that learning powers of Lovigdril represent.

Requirements and Governing Abilities: None. There are no minimums, maximums, prohibitions or absolute values in general. Specific avenues (called The Stipti) may have some of their own which facility an easier acquisition, but as a whole, the root of Lovig Stipti (as it is sometimes referred to) have no specific ones.

When a Lovigdril power fails, or when a character wants to enhance such powers, the character’s Essence is drained.

Lovigdril is where all the associated powers get their label from. All base Lovigdril seeks to do is channel the power of the void to mimic (as best and safely as it can) the seemng properties of creatures of the void.
Umbra Stipti

Lovigril has many names and guises it it referenced by. In many places it is known under a great many names. Lovigdril is an approach to magic, to learn its secrets and manipulations without the safe approach of a tried and true set of real skills which builds on knowledge. Lovigdril represents the myriad of ways in which the long path to controlling the powers of magic are bypassed. The outcome(s) of which are fraught with danger, insanity, and lost minds. Lovigdril is the label given to the closed doors of the void, doors which every traveler down its dark path hopes to open a back door to magical power. It is a paradox in itself – how can the path of the void lead to the threshold of the mystical. For those willing to throw sense and reason to the winds, to burn the notions of what “must” be, and to throw themselves into the ocean of the dark unknown to drown their concepts of logic, time, and knowledge… power unimaginable may wait.